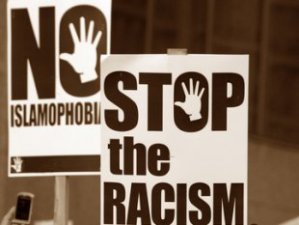 “When Jewish groups and individual Jews don’t apply such a litmus test, they can easily find themselves criticized by others in the community for having relationships with those considered “unacceptable” Muslim partners.

Some of the Jewish organizations whose leaders we interviewed have firmly rejected an Israel-related litmus test in their work with Muslim or Arab American partners. Asaf Bar-Tura, coordinator of the JCUA’s Jewish-Muslim Community Building Initiative, told us in an August 2011 interview, that the JCUA opposes a strategy that involves “urging a coalition to drop a member. JCUA won’t do that.”

Such an approach has strengthened JCUA partnerships with the Muslim community. A joint Jewish-Muslim statement made “under the aegis” of the JCUA, at the time of Israel’s winter 2008-2009 invasion of Gaza, articulated the link between Islamophobia and Israel/Palestine and reiterated the commitment of the JCUA and other Jewish signatories to maintaining “open communication and continuous dialogue” with the Muslim American community, even during tough times. The Chicago-area signatories affirmed the belief that “the life of a Palestinian child and the life of an Israeli child are equally precious.” While the organizations, rabbis and imams, and community leaders who signed the statement condemned anti-Semitism and Islamophobia and “wanton violence, human suffering, and targeting of innocent civilians,” they also expressed their commitment “to our ongoing relationships, not contingent upon agreement (our emphasis).”

The Chicago-area mainstream Jewish groups were conspicuously absent among the signatories, with only three Jewish groups—JCUA, the Jewish Labor Committee and Brit Tzedek v’Shalom/Jewish Alliance for Justice and Peace—signing on. Thirty-one rabbis did sign the statement, including the president of the Central Conference of American Rabbis, North America’s “oldest and largest rabbinic organization.”

This entry was posted on Wednesday, September 12th, 2012 at 2:11 pm and is filed under Anti-Semitism & Hate, Jewish-Muslim Community Building Initiative, Jewish-Muslim Relations, Racism, Uncategorized. You can follow any responses to this entry through the RSS 2.0 feed. Responses are currently closed, but you can trackback from your own site.