We Feel The Cuts 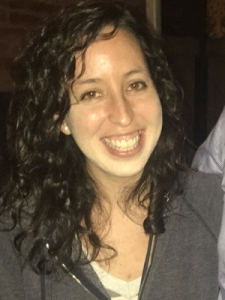 I tossed and turned the night before I heard the news. When the sun streamed through my window that Monday morning, I opened my sleepless eyes and felt cheated I didn’t enjoy a deep slumber. A few hours into work, my supervisor at Jewish Child and Family Services (JCFS) emailed me, asking if I was available to meet in an hour or so. To prepare, I printed out some of my grant proposals and reports to discuss. On my way to her office, she stopped me and told me we were meeting in another colleague’s office. As we found our seats, a co-worker from the Human Resources department swooped in and joined our meeting. I stared at both of them perplexed. Then they told me.

“Your position is being eliminated.”

I couldn’t grasp the weight of those words and how they translated into my lifestyle – how they impacted my pocketbook, career and commute. A blank stare appeared on my face as shock overwhelmed me. I couldn’t believe this was happening.

They told me I had six weeks.

I soon found out that I wasn’t the only person affected. I was one of 15 full-time employees and 8 part-time staff members at JCFS who either lost their jobs or experienced a reduction in work hours as of May 18, 2015. The Illinois state budget cuts were the culprit. I heard about the budget crisis on the news, but never thought it would affect me. I was well aware of the proposal to eliminate the Department of Children and Family Services’ adult transition program for foster children. I wrote grant proposals in support of this vulnerable population, so I was worried about the possible consequences of these cuts. But I was never worried about my own livelihood.

JCUA continues to call for a just, revenue-based budget. Click above to see photos from yesterday’s #MoralMondaysIL action. Click here to join JCUA and add your voice.

The State also eliminated funding for several JCFS programs such as the Digital Literacy Program, Group Respite services and a Chicago immigration program for Russian individuals. The English as a Second Language (ESL) program, which served the West Rogers Park community for many years, closed its doors. Other programs were impacted as well, such as the Pharmacy Technician Training program, which was forced to reduce its size due to the end of a grant cycle and a lack of funds to continue at full capacity.

The first thing that popped into my mind when they informed me I lost my job was I should pack my bags and move to a different city—maybe somewhere warmer, away from the frigid Chicago winters. I never saw myself in Chicago long term, so now was the time to make the change.

Five months later, you can find me working in Austin, Texas as a Media Coordinator. Although I no longer live in Illinois, I know the budget crisis is still negatively affecting thousands of people’s lives. I was fortunate enough to be able to make the most of a difficult and unexpected situation, but many, if not most, of Illinois’ residents affected by the cuts are not so lucky. They do not have the same support systems and flexibility to be able to leave as the cuts and the impasse continue, squeezing Illinois’ residents more and more each day. While I was able to find stability in my life, I cannot say the same for those who relied on JCFS’ cut services, and for many of my colleagues who also lost their jobs that day. We are members of the Jewish community who have felt the cuts, and our lives have changed completely because of them.

This entry was posted on Wednesday, November 4th, 2015 at 3:30 pm and is filed under Budget Reform, Civic Engagement, Community Events, Community Issues, Economic Justice, Government Accountability, Guest Blog Posts, Human Rights, JCUA Project and Campaign Endorsements, Jewish Community, Membership. You can follow any responses to this entry through the RSS 2.0 feed. Responses are currently closed, but you can trackback from your own site.